The book is a balanced telling of Chief Minister Patnaik’s journey from nowhere to occupy the top, where he has comfortably created the place of an undisputed leader, discusses Chinmaya Dehury How did a man, spending his early days on Delhi’s cocktail circuit, defy stereotypes to script an enviable success story that has few parallels in the history of modern Indian politics? What led Naveen Patnaik, who had nothing to do with politics for the first fifty years of his life, to become one of India’s most enigmatic politicians? 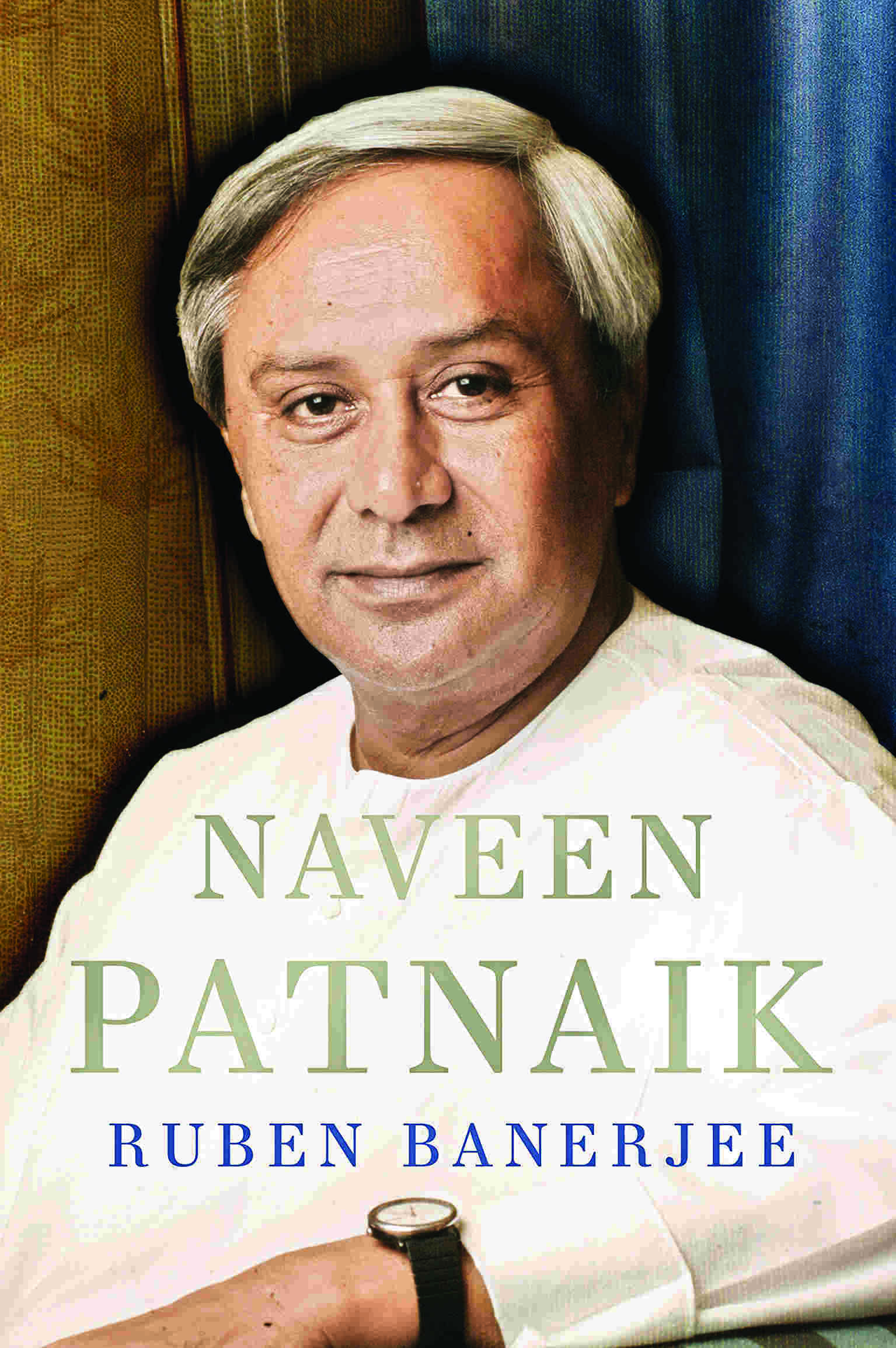 And, how did Patnaik, who remains the most inaccessible Chief Minister in the history of Odisha, rule the state for four consecutive terms and remain an undisputed leader even without knowing the mother tongue of the masses? The answers to these and many other questions are unveiled by veteran journalist Ruben Banerjee in his biography of the Odisha Chief Minister.

Having first become the chief minister by virtue of being his father’s son, Naveen Patnaik made a smooth transition to a cunning and consummate politician, becoming the longest-serving Chief Minister of Odisha. The author, who had access to Naveen Patnaik during his early days in politics, has unveiled a mine of information unknown to the world at large.

Since Patnaik is considered a mysterious and unpredictable man for his omissions and commissions, the book, without a doubt, is a fascinating read for anyone interested in Odisha’s politics or in just the person Naveen Patnaik. The book also dispels the popular belief that it is Patnaik, not someone else, who calls the shots in the government and the party as well. It, however, does mention the over-dependency of the chief minister on bureaucrats rather than on ministers to run the administration.

Patnaik, the book charts, entered into politics in 1997, founded the Biju Janata Dal (BJD) and became the party president, a post that he still holds. He became the Chief Minister of Odisha for the first time in 2000 with the help of alliance partner Bharatiya Janata Party (BJP), riding on the sympathy following the demise of his legendary father and former Chief Minister Biju Patnaik and the public’s anger over the Congress government’s complete mismanagement in providing relief measures post the 1999 Super Cyclone that had devastated the state.

The author has articulated at his best how Naveen Patnaik, once a political novice, ruthlessly eliminated every possibility of an opposition and consolidated his position as the undisputed leader. A case in point is the ouster of Bijoy Mohapatra, once a powerful minister in the Biju Patnaik cabinet and chairman of Political Affairs Committee (PAC) of BJD.

Mohapatra had chosen most of the candidates, who were all his men in the 2000 elections. But when he was chairing the PAC meeting in Bhubaneswar, Patnaik, being the president of the party, cancelled Mohapatra’s nomination as the candidate from Patkura and chose another as the party candidate, barely few hours before the completion of the nomination process leaving no room for Mohapatra to enter the Assembly.

After he became Chief Minister in 2000, he continued to eliminate his possible challenges within the party starting from Dilip Ray, a businessman-politician to Nalinikanta Mohanty, then BJD’s working president and second only to Naveen in the party hierarchy. The book also highlights the protégée-mentor relationship between Naveen Patnaik and Pyari Mohapatra and how Mohapatra had staged an abortive coup on May 29, 2012, when Naveen was in the UK.

The author elaborately describes how the TINA factor helped him rule the state for so long and how he remained the darling of the masses, bucking the anti-incumbency factor.

“Members of one group, in particular, vouch vociferously for the chief minister’s integrity. These are an overwhelming majority of Odisha’s 200 lakh women, the chief minister’s trusted vote bank. Naveen is a bachelor, but his emotional bonding with the state’s womenfolk is remarkable,” the book says. The book also highlights how Patnaik mastered the art of shifting the blame on someone else to remain Mr Clean despite the fact that some of the biggest scams – mining, chit funds – in the history of the state took place during his watch.

“The key to Naveen’s success is that even though he has indulged in political machinations and subterfuge, he has largely come out of them without blemish, skillfully sidestepping scrutiny and deflecting criticism. He is still viewed by many as innocent and incapable of the vileness of an ordinary politician. And, when something goes horribly wrong somewhere in the state, there is always someone else who shoulders the blame, sparing Naveen any taint. That he is single, soft-spoken and always deferential has helped in nurturing Naveen’s image,” the book says.

By rough estimates, Patnaik has so far shown the door to some 46 of his ministers on one pretext or the other, it said. The book also mentions the possible challenge for Patnaik in the 2019 polls with the rise of BJP union minister Dharmendra Pradhan. As the author points out, “The battle for 2019 promises to be a test of guile, image and stamina.”

The book is a required read for those who want a balanced telling of the Chief Minister’s journey so far. Also, for those interested in the political journey of Odisha, including the rule of Biju Patnaik and JB Patnaik, the book is a great repository.