"The Wind in My Hair: My Fight for Freedom in Modern Iran" | One woman’s incredible story of defiance

Masih Alinejad, simply with her will to live a life free of diktats, influenced a revolution that is a fitting tribute to feminine valour, argues Saket Suman. A courageous woman, driven by nothing but her insistence on living life the way she wanted to, untied her hair, letting her beautiful curls flow over her shoulder. And, all hell broke loose – she had defied the local law that stated women must wear a veil or hijab over their hair while in public.

Iranian journalist and activist Masih Alinejad’s incredible story of fighting for what she believed in, which led to a major movement for women around the world with the simple removal of her hijab, is captured in her aptly titled memoir, The Wind In My Hair, out this month in India. 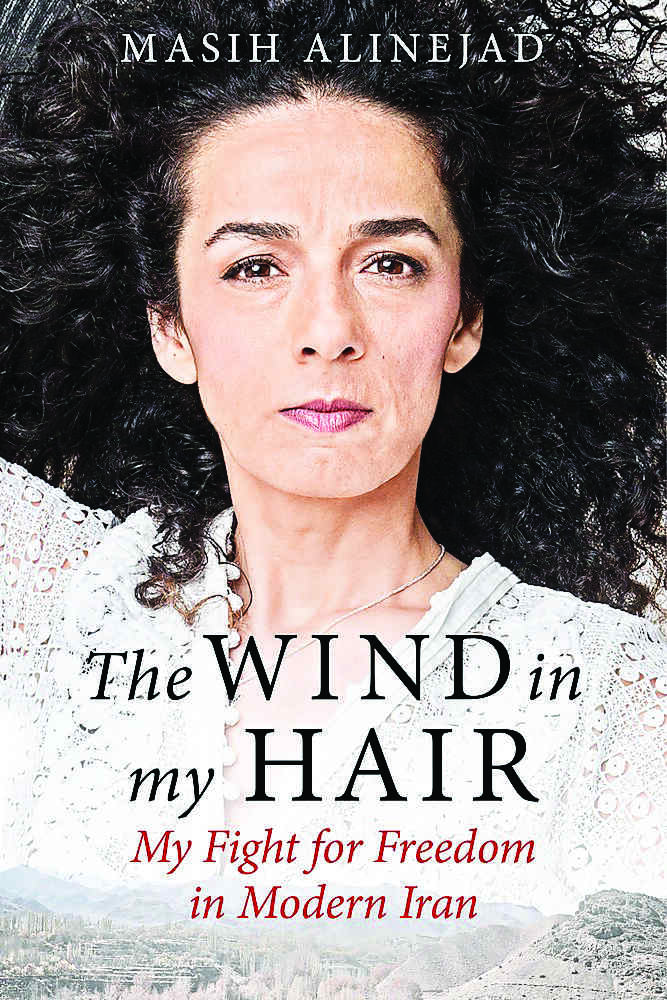 She recalls that as a young girl she travelled from her small village of Ghomikola to the city of Babol to attend high school. Here, she saw that most young women did not wear the “chador”, a large cloak that leaves only a woman’s face visible and, thus, decided to stop wearing one herself.

But her father was furious. “You make the devil blush with your sinning. You have brought shame on me, brought shame on your mother. You have ruined our reputation,” he said, scolding her. Ironically, when she was being scolded, she was clad in a hijab.

Many years later, when Alinejad was a reporter covering the Iranian Parliament and was accompanying a commission on a pilgrimage to Mecca, she along with two other female reporters decided not to wear the chador as it was very hot. But she was dressed in a hijab, a dress, trousers, and a long jacket.

“You are shameless – you have no morality. You have brought shame on the Iranian delegation,” a male reporter shouted at her.

Alinejad was very young when the 1979 Islamic Revolution swept across the country. What followed was a diktat that required all women in Iran, including visitors from other countries, to wear the hijab.

“I was taught that women’s bodies encouraged men to commit sin,” Alinejad writes. She also points out that female members of her family even slept wearing the hijab.

In her teens, she was sent behind bars and was subjected to what she calls “intense interrogation” as she had sided with a political group critical of the Iranian government. But the series of unfortunate events had just begun as, several years later, her husband would leave Alinejad for another woman. However, the courts granted him full custody of their three-year-old son.

All of these events, one after the other, sparked outrage and gradually shaped Alinejad into somebody who defied rules and called for freedom. She went on to write scathing articles that exposed corruption and targeted the supporters of the then Iranian President Mahmoud Ahmadinejad. She was forced to leave the country.

First in London and currently in New York, she lives in exile and has little hope of returning to her native Iran. But after her ouster from the country, she has been actively campaigning against the compulsory hijab law and policing of women’s bodies back home.

The turning point came in 2014, when she posted a photograph of herself in London – without a hijab – on Facebook. This was followed by another similar picture, but this one was taken while she was still in Iran. Both the pictures communicated strong messages as her hair was blowing freely in the wind.

She then called on the women from Iran to post similar pictures of themselves without the hijab in public places and this soon became a movement of sorts. Across Iran, women started posting pictures of their uncovered hair on Alinejad’s page in open defiance of the strict religious beliefs of their country (and often, their families) while also sharing their personal stories about this powerful mode of expression.

She titled her campaign as ‘My Stealthy Freedom’ and states in the memoir that it celebrates “the moments of small rebellion, the tiny acts of defiance that allow us to breathe, the guilty pleasure of breaking unjust rules”. The page now has more than a million followers on Facebook.

She points out that she is not against the hijab but against compulsion, insisting that women in Iran should be allowed to choose what they wear and how they wear it.