With his many medical sojourns, Gavin Francis unravels the transformation of medical knowledge with a parallel insight into the narratives of being human, writes Arnav Jha. Every once in a while, you read a book and, in the end, feel inexpressibly vague about the activity and its outcome. It isn’t necessarily because the book was hard to understand or lacked a clear narrative. Rather, sometimes, the confusion is compounded when you continue reading the book despite your misgivings. As a rather obvious hindsight, such books are the hardest to review or recommend though the confusion makes the book memorable, in a sense. Shape Shifters is that kind of book, it can be best described as the memoirs of a well-travelled doctor, arranged to form a narrative of transformation. 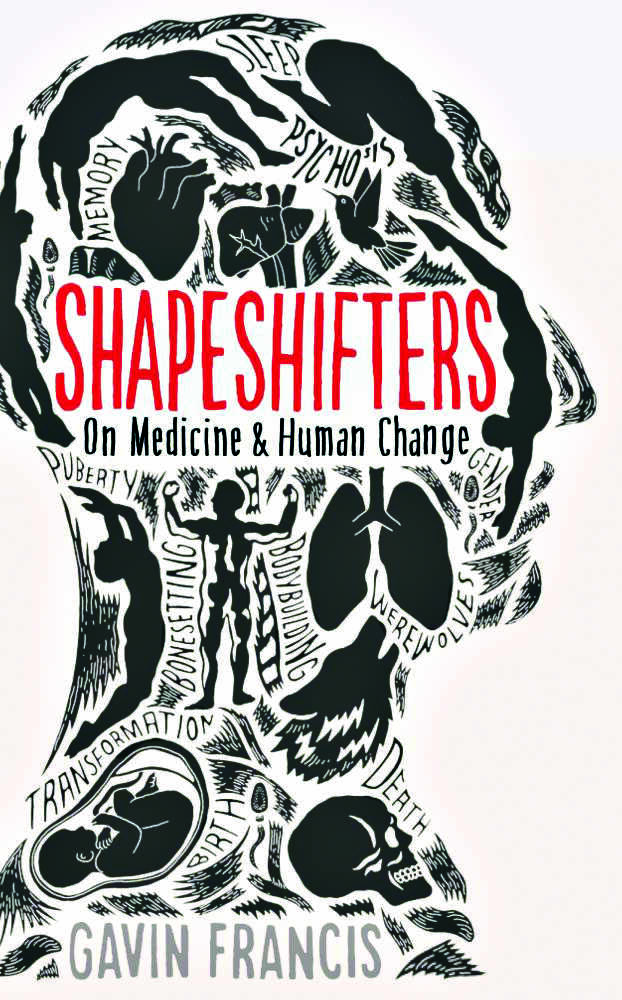 The doctor in question can be called a doctor and a writer rather than just being one of the many doctors throughout the world who decided to write a book. The text is noticeably easy to read and makes good use of the one thing doctors always have in plenitude – scandalous stories. Doctors being in the position that they happen to be interact with most of humanity without subterfuge and layers, they are, in short, privy to secrets – a lot of secrets. These secrets are normally locked away behind the doctor-patient confidentiality; but, the author gets around it by doing what all authors do at some point or another – fictionalising a part of real life. In short, he uses stories with slightly altered circumstances and changed names to protect the identities of those being discussed.

Doctors, as anyone would guess, have a lot of medical stories, especially a travelling adventuring GP (General Practitioner) like Gavin Francis whose medical journeys have taken him from the frozen wastelands of Antarctica to the heartlands of Africa. What sets this book apart is how these stories arranged as 24 reflections or memoirs are set with a theme and a timeline of sorts. They follow the human body in all its transformations from birth to death and have nice long stopovers to discuss all the messy bits about what goes wrong in these phases and why. In doing so, the author often makes references to Roman poet Ovid’s magnum opus – The Metamorphosis, using it as an inspirational framework for arranging his memoirs. As a nod to Ovid’s work, Francis even begins his book with a discussion of lycanthropy (werewolves) and how they came about as a result of a frequently misunderstood medical condition. In doing so, Francis also highlights one of the strengths of this book which is to mix sections of medical jargon with more imaginative creative strokes. In another section, he seeks to equate the mythological madness of Heracles or Hercules after the completion of his twelve labours with temper outbursts associated with repeated steroid usage. Francis frequently uses this technique to discuss the medical conditions in each chapter introducing a patient story alongside a more mythological tale to draw comparison and, in some way, speak of the human knowledge of transformation and how it precedes modern medicine.

And, yet, it may be noted that just like Ovid’s work, Gavin Francis also overall ends his reflections on human transformations with an optimistic note. Many of the changes discussed – puberty, motherhood, etc are largely hopeful if not outright happy transformations and, Francis, in many chapters, chooses to end long harrowing tales of patients suffering with some optimism, with the patient, to a certain degree, coming to accept the changes in their body as aspects to live with.

In closing, if utility in reading is your thing then this book may fit the bill. It is somewhat informative, somewhat entertaining and does somewhat make a point. Difficulty in categorising it aside, it does present a perspective on the dilemmas faced by medical science especially in regards to voluntary transformations. In certain sections, such as those on steroid usage and pregnancy, medical sense does not always seem to win as sometimes the best solution for a doctor is to consider what the patient wants despite the risks that hang in the balance.

Modern medical science isn’t always right and Francis speaks of this limitation again and again with his various travelling stories helping to serve as examples. As a whole, this book makes for good light reading that, at its very worst, will still leave you with a range of small-talk topics like jetlag and why it happens which may be helpful to you the next time you are on a flight and have to kill time with the person sitting next to you.