Home > Book Review > Mapping the mindset and reasoning of jihadis

"Salafi Jihadism: The History of an Idea" | Mapping the mindset and reasoning of jihadis

In his historical and theological analysis, Shiraz Maher shows how the ideology of the IS is “neither new nor novel”, and it is a philosophy that “believes in progression through regression”. Fundamentalism is an inescapable feature of all religions, but becomes a problem when it takes an intolerably and indiscriminately violent form of a “holy war”. This is an issue in its heartland no doubt but exacerbates when it spills over into the wider world – and that is why Islamist jihadism is among the biggest challenges we face now.

But it is not enough to label its manifestations like Al Qaeda, and the more sophisticated and brutal Islamic State, or others, a bunch of medieval-minded, psychopathic zealots or think they can be bombed out of existence.

For the chief shortcoming – and cause of failure – of George W. Bush’s “Global War on Terror” was ignoring that it was fighting an idea -- which cannot be defeated by force, however overwhelming, but by disproving them or better ideas. 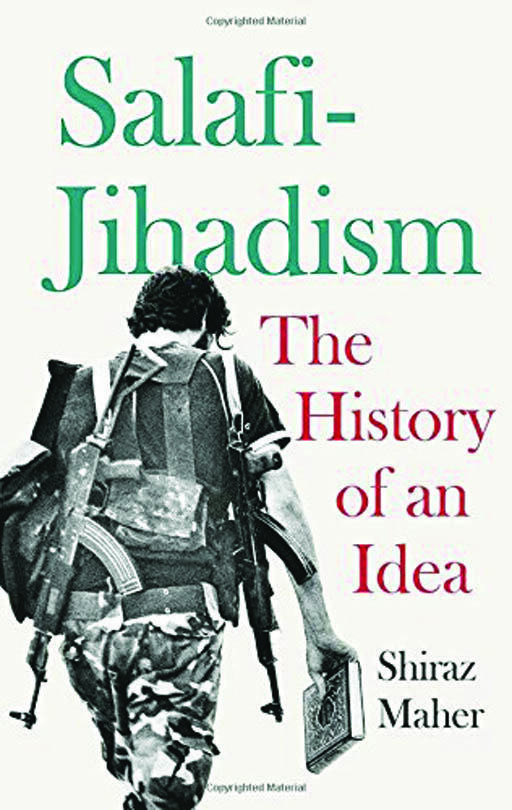 Groups like the Al Qaeda or the IS, as this book argues, don’t just represent an instinctive repudiation of the Western political and social ideas, but a more calibrated and argued religious-based reaction to it. Whatever you may think of their arguments, they do exist, are based on religious principles – no matter how subjective or self-servingly distorted – but above all, not known widely, says Shiraz Maher here. The activities of these jihadist groups do not only stimulate public interest in the political dimensions of the crises in the Islamic heartlands but also in the ideas which drive them on the ground, and that is what Maher, a Senior Research Fellow at the International Centre for the Study of Radicalisation (ICSR) at Kings College, London, seeks to answer here.

“Islamic State is a Salafi-Jihadi movement, although the broader soteriology (salvation doctrine) of Salafism from which it is derived remains poorly understood by the public. Salafis are typically viewed with suspicion and often characterised as extremists because of their religious conservatism and aesthetic conformity.

“For men this would typically include a long and unkempt beard with a robe that stops just short of covering the ankle. For women in public it is most closely associated with the niqab, an enveloping veil which reveals only the eyes. To reduce Salafism to this alone is to compress a vast and complex tradition into a few lazy cariacatures,” he contends.

In his historical and theological analysis, Maher shows how the ideology of the IS is “neither new nor novel”, “its intellectual framework appears to sit within the mainstream tradition of Salafi-Jihadi thought” and it is a philosophy that “believes in progression through regression”. After an invaluable exposition on how Salafi thought can be divided into its methods for change – violence, activism and quietism – and how they affect its attitude towards the state or global order, he examines the key features of the philosophy of Salafi-Jihadi -- which is just one part of a broader spectrum.

After examining what scholars identify as its key characteristics, Maher identifies them as “tawhid” (unity of god), “hakimiyya” (extending the rule of Allah), “al wala wa-l-bara” (to love and hate for the sake of Allah), jihad and “takfir” (excommunication of those Muslims following a separate path) which both protect and promote the doctrine.

Subsequently, he goes on to expand on these, especially jihad, to explain their rationale for attacking enemies far away as a defensive measure, the rules of killing enemies, the law of retaliation, vicarious liability of common citizens in “enemy territory” and the use of human shields. Here he also shows their subjective interpretation of Islamic principles to justify their activities, while also making a credible postulate when the trend began – the Soviet invasion of Afghanistan and crystallising in the Second Gulf War. Alongside, he also shows how Salafi Jihadism’s “roots grounded in the experiences of Sunni Islam”, drawing in not only Islamist ideologues like Sayyid Qutb or Sayyid Abul Ala Maududi, but also its South Asian influences, especially the writings of India’s prominent Islamic scholar Abul Hasan Ali Hasani Nadwi ‘Ali Mian’.

While Maher gives no solutions in his work which is thorough but mostly lucid – though the similar-sounding Arabic religious terms need regular flipping to a helpful glossary – it clearly shows the dimensions of the issue and how we need to be extra-vigilant to prevent religions being hijacked by radicals.

And then while he shows how jihadis stem from mainstream Islam, it also must be remembered that their fervour isn’t shared by the entire community. ians