"India in the 1950s" | Contested paths: Setting the course for newly-free India 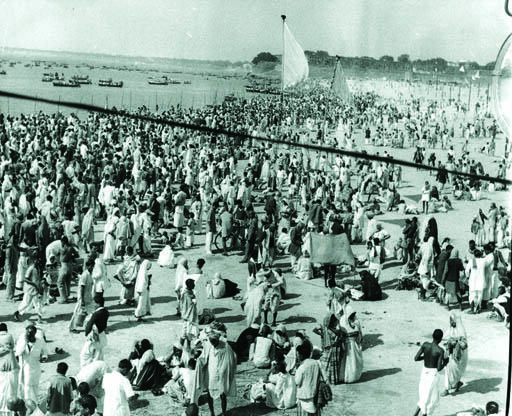 It seems to have become a compulsion of sorts to criticise some founding fathers, or rather one leading figure among them, for all of India’s ills. This may not only stem from a certain political mindset but also from ignorance of the daunting challenges the newly-free nation faced and how these were tackled under Jawaharlal Nehru who oversaw India’s successful transformation to a stable, peaceful and progressive polity.

Whatever milestones (good or bad) India may have passed in its journey since Nehru – vilified by many today, under the influence of scurrilous social media campaigns or political considerations -- it was the course India took in its initial years, when he was in power, that ensured it didn’t fall prey to the authoritarianism or chaotic instability, with or without violence, or inequity many other newly-free nations faced.

One way we can gauge Nehru’s contribution is by examining the challenges and choices that India faced in its momentous first decade and how it came to terms with its diversity, complexity, and inequality, among other issues, as this book seeks to do. Apart from placing Nehru in perspective in both his successes and failures – as any leader can be expected to have – in his steering of India, and his openness to criticism or mockery (as he famously told cartoonist Shankar – a tradition that seems to been jettisoned now), author Gyanesh Kudaisya also brings certain forgotten or hidden aspects of other Indian leaders to light. The Mahatma’s views on the national anthem and cow slaughter, Sardar Patel’s stand on Hindu majoritarianism, funding the new Somnath temple and Jammu and Kashmir’s accession and Ambedkar on the political restructuring are especially telling.

So is a notable “what if” of the period -- the evolution of the Indian right-wing if Jana Sangh founder Syama Prasad Mookeerjee, who was conservative but not communal, had not died suddenly, or if his successor was more independent-minded.

Kudaisya, Associate Professor in South Asian history at the National University of Singapore, notes that despite the title, he actually begins with 1947, with Independence and Partition and ends in 1962, with the India-China War, which actually ended Nehru’s era, even before his death a year and a half later.

“The periodisation, though unconventional, enables us to consider within a single narrative the colossal challenges which India faced in its newly independent nation, the dilemmas and anxieties of its political leadership and the roads taken by it (and not taken)...” These challenges included the quelling the violence of Partition and dealing with its aftermath. There was also the “cartographic reconstruction” which was not limited to integrating British and Princely India, but also dealing with the vociferous demand for linguistic states and the case of Kashmir.

Then there was the creation of a Constitution, and the “three interrelated developments which underscored the evolving idea of India as a nation” – the project of creating a secular state, the framing of its citizenship law and the controversies over a national and official languages. It was the last in which Hindi’s zealous proponents well showed their myopia (unfortunately, a state of affairs that still persists) and Nehru deserves commendation for his deft handling of the divisive issue.

Finally, Kudaisya takes up the economy and the increasingly contested views (till now) on which paths India should pursue. Clarifying his intention is not to give a linear and comprehensive account of this period, he says he rather seeks to give a view of the “hopes and aspirations, frustrations and dilemmas of a young nation facing up to extraordinary challenges”. With his even-handed treatment of personalities and situations, bolstered by an array of boxes on leaders and others still known or now forgotten, hypothetical situations or the paths not taken, maps and tables, Kudaisya recounts admirably the creation of the new India in all its possibilities.