Home > Book Review > Kingﬁsher Airlines: The Take-off and the Crash

"Kingfizzer: The Rise and Fall of Vijay Mallya" | Kingﬁsher Airlines: The Take-off and the Crash 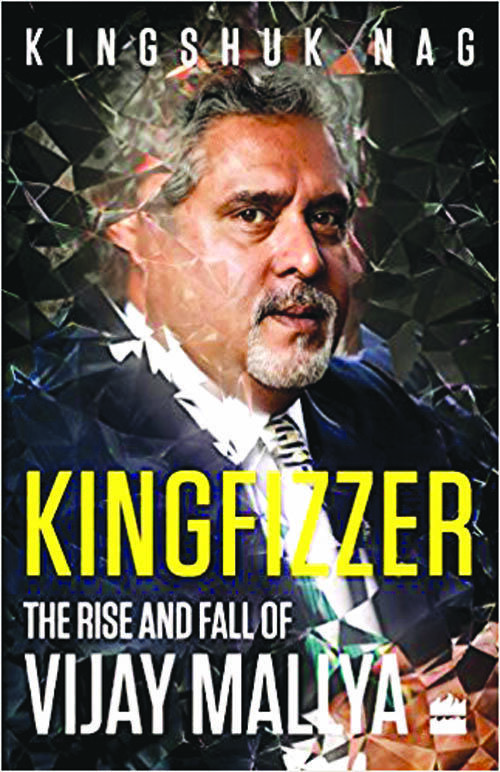 As chief of corporate communications at the UB group, Sunita Budhiraja had once sought an appointment with Vijay Mallya. After very many requests to meet him, she was finally given time with the boss. They were to meet at a downtown five-star hotel in Bangalore. That meeting in early 2005 is still vividly etched in her memory. Sunita arrived at the appointed time at the hotel, but Mallya was busy and took his own time coming. He was interviewing and checking out candidates who had applied for the job of cabin attendant (read air hostess) for Kingfisher Airlines, which was yet to be launched. As part of the interview, the candidates were made to walk the ramp.

‘It seemed that Mr Mallya was selecting beauty queens,’ Sunita recalls. The mood in the UB group was upbeat. ‘We, as loyal employees, were very proud that our boss was on the way to setting up a top-class airline. We felt very happy.’ The airline was finally launched on 9 May 2005. The inaugural flight was from Mumbai to Bangalore. Mallya was on board, personally taking care of the guests. They included Civil Aviation Minister Praful Patel and Air India Chairman and Managing Director V. Thulasidas. It was apparent that the airline would be Mallya’s favourite baby and he would take all the decisions himself. The previous night there had been a gala at a top hotel in Mumbai, with the who’s who of the city in attendance, from top political honchos to Bollywood stars. Mallya was at his ecstatic best: ‘We are set to conquer the Indian skies. I offer you Kingfisher Airlines. Come, fly the good times with us,’ he had roared.

It was clear to everybody that Mallya was not starting an airline merely to enter the transportation industry. For him the airline also had a glamour quotient; he was entering the business of hospitality. This is something he had made plain to his core team. He had also told them: ‘Go and create a great airline brand. Resources won’t be a constraint.’

Establishing an airline became a serious aspiration for him around the turn of the century. By then he had well consolidated his position in the spirits and beer industry. He wanted to add more feathers to his corporate cap. In the mid-1980s, he had created an outfit called UB Air, his intention being to enter the airline business the moment the industry was opened up to private operators. This was after the central government in 1986 allowed private players to operate air taxis.

Mallya was very busy with the liquor business when the government did open up the skies. UB Air took up chartered flights for private companies and individuals who could afford them, but business did not pick up, what with the promoter being too busy to nurture it.

His close associates say he was highly influenced by British entrepreneur Richard Branson, a first-generation businessman who, after making money in music, decided to diversify into the airline business. Branson was a showman, the kind who made his own rules. He set up the airline Virgin Atlantic in 1984, challenging British Airways that then ruled the roost in the UK. In the same way Mallya, who even started sporting a Branson-like hairstyle—drawing instant comparisons between himself and Branson—wanted to challenge Jet Airways that had begun to rule the Indian skies (while the state-owned Indian Airlines bled incessantly).

For the record, Mallya never confided to his close aides that he wanted to do what Branson did, but when he first disclosed his desire to enter the airline business, his confidants called for caution. They said the spirits and beer business was doing fantastically well but a safer bet for diversification would be mobile telephony. Being a booming business, this was where money could be made. They pointed out that worldwide the airline business was tough; scores of airlines had gone bust even in the Mecca of free enterprise, the US. In India itself, most of the private airlines that were started in the wake of liberalization—East West Airlines, NEPC Airlines, Damania Airlines and ModiLuft—had collapsed.

But Mallya would hear nothing of this. The aides knew that with their boss’s penchant for the good life, he would want to enter the lifestyle business. Mobile could make money, but it would have none of the zing that an airline could bring to his corporate stable. And yes, he would make money from the airline too. In the UB group, he was the boss, and the core team knew that they could argue only this far and no more. He decided the airline would be named Kingfisher, after the group’s highly successful beer that had become a global brand by then. Naming the airline after the successful beer would attract the aspirational crowd that India had spawned, courtesy the process of liberalization that had begun in 1991. Scores of mobile upper middle class Indians in the metros scouring for the best things in life would also patronize the proposed new airline. ‘The USP of Kingfisher was glamour. “Fly Kingfisher” meant that a passenger was entering the Kingfisher world, one full of parties and great- looking, wealthy folk. So it was aspirational,’ recollects R. Krishnan, former aviation correspondent with the Hindustan Times and later consulting editor at Cruising Heights.

Mallya reckoned that the only competition to Kingfisher would be Jet Airways, an airline that had started operations in 1994 and was among the first to take advantage of the open skies policy announced by the government. In 1994 the Air Corporation Act that had nationalized the airline business in 1953 was repealed, allowing the private sector to operate scheduled services. But Jet promoter Naresh Goyal, although a shrewd operator who knew how to pull the right strings in the right places in government, had after all had his beginnings as a travel agent and a manager for foreign airlines. Mallya was confident that he would beat Goyal hollow. Events were to prove Mallya wrong.

Kingfisher Airlines was registered in 2003 as a fully owned subsidiary of United Breweries. It took two years to plan the flight path of the airline. Mallya’s desire was to do the inaugural flight on Siddharth’s birthday as a gift to his heir.