Home > Book Review > Grounded in the history of time

"Charlotte’s End" | Grounded in the history of time 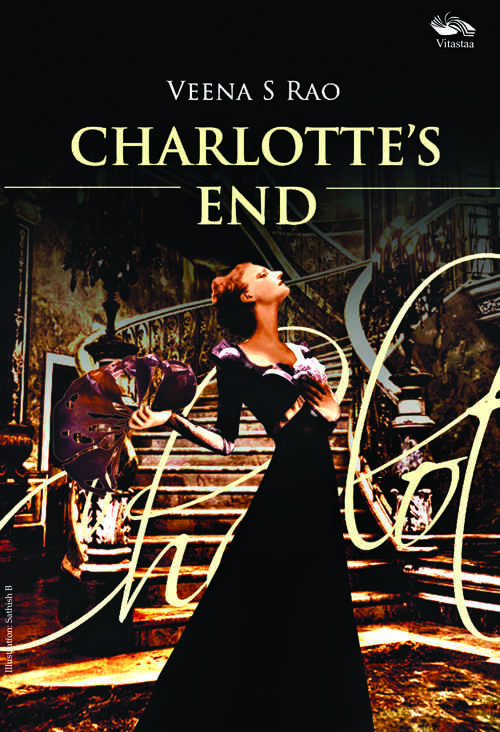 This is a jewel of a book, and a new genre of literary fiction by an Indian author. A good literary romance, with a lot of history and atmosphere thrown in. Written in the first person by the protagonist, Mrs de Villiers, the story starts just before the outbreak of the Second World War, travels through the drolle de guerre in Europe; and England getting drawn into the war.

The de Villiers are a wealthy couple who live in an old English estate called Lanverndel, near Salcombe on the Devon coast. He is an aristocrat married to a much younger girl with an ordinary background, who adores him. They have just been through tragedy seeing their home Lanverndel destroyed, and are in constant torment by the sinister, lingering presence of Raymond de Villier’s late first wife, Charlotte, the fabled, glamorous beauty, her lover Tom Camlin, and her loyal housekeeper, the wicked Mrs Portner.

Several themes run through the novel. The exorcism from the mind of the young second wife of the demonic presence of the first wife, kept alive by Mrs Portner, is the hidden but the main psychological theme that runs through the entire novel. With vivid flashbacks from the life of her traumatized husband, the reader is gradually made aware that Raymond has murdered his first wife, unable to bear her string of lovers defiling his life.

‘Charlotte’s End’ is also a story of triumph of love that the twenty-one-year-old Mrs de Villiers has for her much older husband Raymond, over the demons of the past, and of redemption. As her love unfolds with strength and endurance, she bridges the gap of years and sophistication, and becomes his companion and support, redeeming him from the past and giving a new meaning to their life. And with the passing of each of the conflicts in their lives, the demons are driven further and further back and the future becomes more comforting and secure.

The third theme of the novel is centred around the events of the Second World War as they affect the day to day life of the protagonists, how they change their personal battles and trauma and actually cast a healing touch. They are described in gradualness, and are another layer that ease the struggles of the couple in their path to redemption. There are scenes of actual naval battle described at sea, of espionage as it actually happened during the war, of suspense and danger; and death, destruction and sorrow that followed. The characters get grounded in the history of the time, which adds to the richness and reality of the novel. The story continues through the conflict, with each passing phase making the lives of the protagonists more secure and free from the past.

While the historical events narrated in the novel are factual, the real essence of the book is the sensitive, psychological transformation of a young, timid girl into a strong, self-reliant woman; a transformation achieved very consciously, very deliberately, to save herself and the man she loves, and to obtain release from the shadows of evil.

There is no doubt that ‘Charlotte’s End’ is inspired by Daphne du Maurier’s ‘Rebecca’. Du Maurier fans would love it. It has the same endearing language and style, marvellous descriptions of the English countryside, and delightfully original thoughts and ideas that intermittently slip into the most mundane events of everyday life, such as,

‘….. Anyway, we would not talk of it today. Today would be a happy day, and we would not risk mentioning anything which might stoke painful memories or cause us any sadness. We would discuss it tomorrow. What a marvellous invention tomorrow is, so practical. Anything unwanted this day, anything which was inescapable or unsavoury could always be stuffed into it. And tomorrows happened in such an easy, lovely way. Just a few steps forward for mother earth and a pirouette on her toes like a ballerina and we had a brand new tomorrow. I loved tomorrows.’

Veena has crafted several quotable quotes in the book. One of them is,

‘……Thank God men restricted themselves to their five senses and never believed in perceiving beyond them.’ The novel stands on its own with perfect consistency, regardless of whether one has read ‘Rebecca’ or not.

Though not noticed yet in literary circles, this is the first time an Indian author has written a sequel to a great English classic, with unfaltering confidence, perfect style and idiom, great credibility of the characters, and perfectly capturing the ambiance of the wartime years.