"Art Matters: Because Your Imagination Can Change the World" | Claiming the artistic summit Here's a writer – read widely and revered globally – who never graduated from a college but is now invited to the most prestigious institutions to deliver lectures. So, how did he make it big? "Be Bold. Be Rebellious. Choose Art. It Matters," is the simple mantra Neil Gaiman has adhered to; and his latest offering is a tiny book that challenges existing norms, reiterates his core beliefs and underlines the importance of art – and the importance of making good art – for readers both young and old. 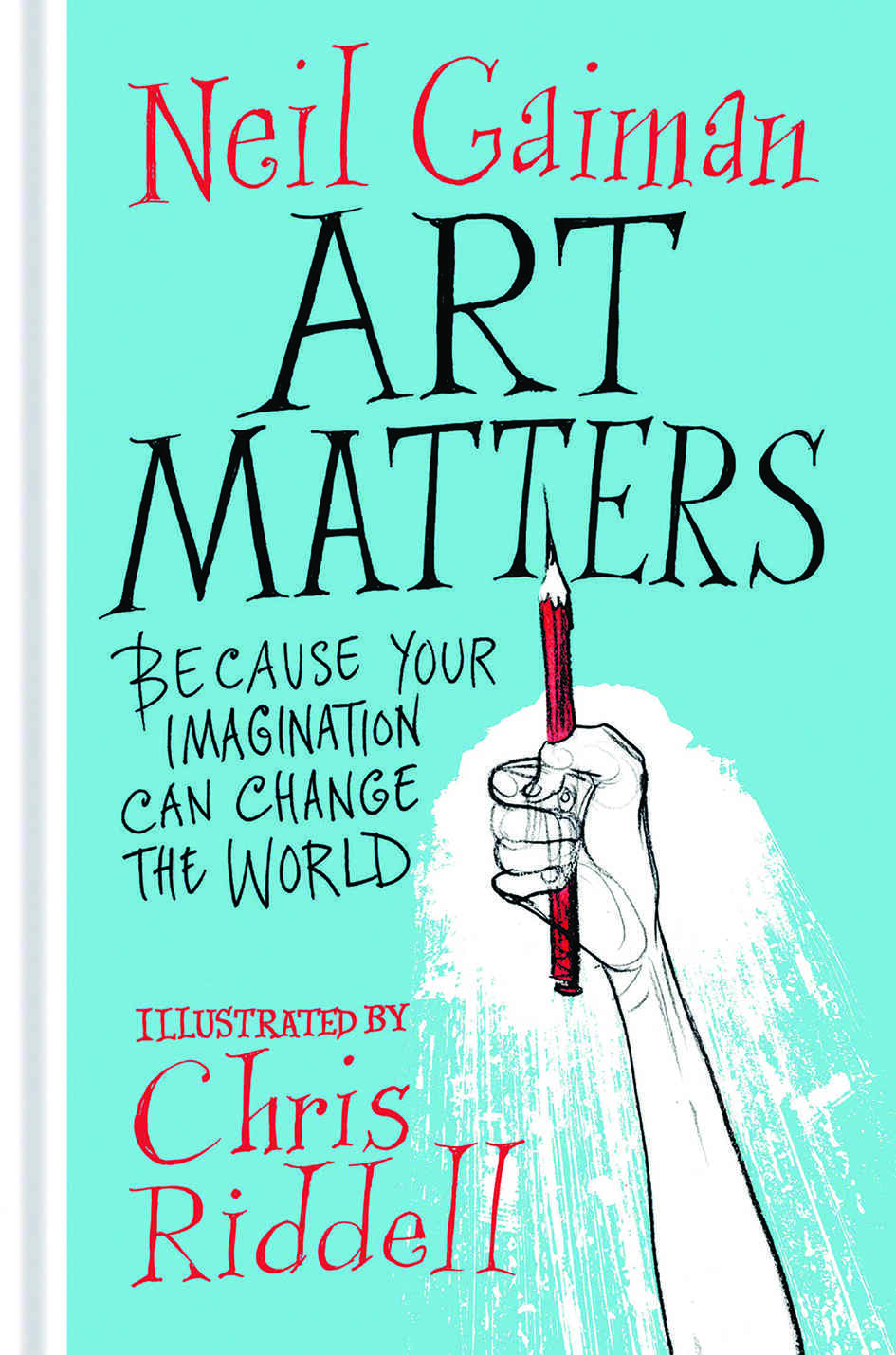 After school, the prospect of four more years of "enforced learning" before he became the writer he wanted to be, seemed stifling. So he got out into the real world and did what he wanted to do. He became a better writer by writing. He doesn't call his writing journey a career, because a “career implies that I had a certain kind of a plan”; he never did.

When he was about 15, Gaiman made a list of all the things he wanted to do in life – write an adult novel, a children's book, a comic, a movie, record an audiobook and so on. “I just did the next thing on the list,” he asserts.

He reveals that when one ventures into a career in the arts, one has no idea about what he/she is doing. “This is great. People who know what they are doing know the rules and they know what is possible and what is impossible. You do not and you should not,” he adds. Gaiman maintains that the rules of possibilities and impossibilities, in the arts, were made by people who had not themselves tested them. “And you can. If you don't know it is impossible, it is easier to do,” he notes.

Turning your dream, aspiration or hope into reality isn't exactly easy. The Sandman writer wanted to write comics and novels and stories and films but getting there seemed difficult, and so he became a journalist, because “journalists are allowed to ask questions”. Besides, he was getting paid to write and to train himself to become a better writer.

What worked for him was imagining where he wanted to be – to be an author, primarily of fiction, who wrote good books, and supported himself through his words.

“Imagining that where I wanted to be was a mountain... A distant mountain. My goal. And I knew that as long as I kept walking towards the mountain, I would be all right. And when I truly was not sure what to do, I could stop, and think about whether it was taking me towards or away from that mountain.”

“I learned to write by writing. I tended to do anything as long as it felt like an adventure, and to stop when it felt like work, which meant life did not feel like work," Gaiman adds.

Today, Gaiman is a successful author of over 30 acclaimed books and graphic novels for adults and children, including American Gods and Stardust. Originally from England, he now lives in America and is a recipient of numerous literary honours. And Indian readers are in for a treat as he will be participating in the Jaipur Literature Festival in January 2019.

But the book is not just about him. It is also about art and the importance of making good art. It is about the joy of reading and how it can shape better individuals. It is about libraries, and librarians, about success and failure, about nothing stopping you from achieving what you want to achieve and then the entire universe conspiring to stop you from doing just that.

And, all of this is conveyed in just a few pages by challenging existing norms. The entire book is handwritten and illustrated beautifully by Chris Riddell. Gaiman's words, when read in handwritten texts, and accompanied by illustrations in black and white, have a distinct appeal which perhaps could not be aroused by regular typeset.

The author has lived up to the values he imparts – bridging the chasm between the possible and the impossible to “make good art”. And, in case you can't pick up the book, Gaiman's speeches, from which most of this book is derived, are a sensation on YouTube and can be looked up easily.