Home > Big Story > Time to generate income from electricity than getting it for free, says PM
Big Story

Time to generate income from electricity than getting it for free, says PM 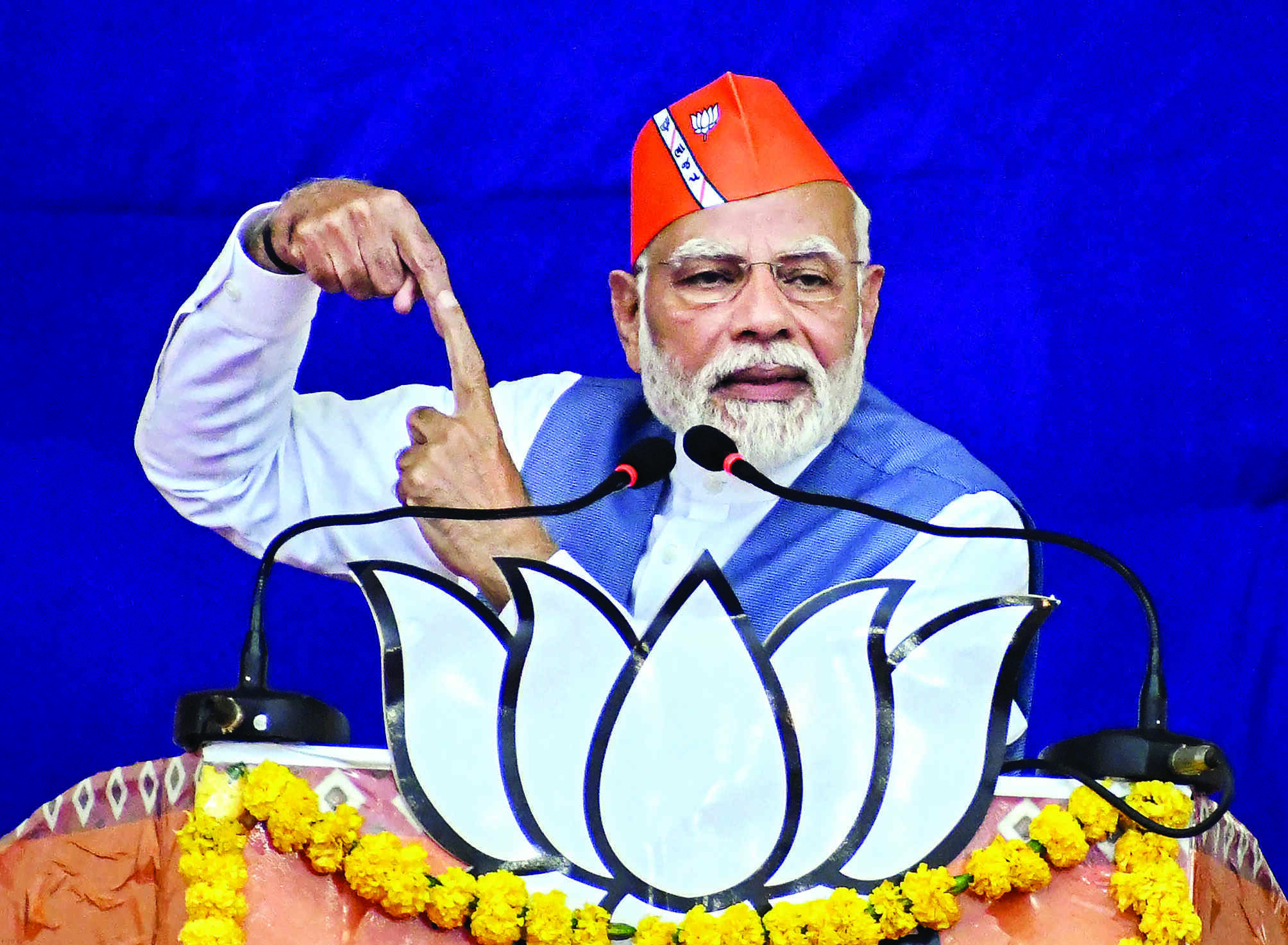 Modasa (Guj): Prime Minister Narendra Modi on Thursday said it was time to generate income from electricity instead of getting it for free, in an apparent move to counter the Aam Aadmi Party and the Congress over their promise of free electricity in poll-bound Gujarat.

Addressing an election rally in Modasa town of Aravalli district in north Gujarat, Modi said only he knows the art through which people will be able to earn money from electricity.

The PM also slammed Congress, saying it believes in the formula of "divide and rule" and focuses only on how to be in power. AAP national convener and Delhi Chief Minister Arvind Kejriwal has been trying to woo voters with a promise that just like the national Capital and Punjab, his party would provide free electricity up to 300 units per month if voted to power in the Bharatiya Janata Party-ruled Gujarat.

Kejriwal has on many occasions claimed he is the only politician in the country who has "mastered this magic of providing free electricity".

The opposition Congress has also joined the bandwagon and mentioned in its election manifesto that the party will also provide free electricity up to 300 units if voted to power in Gujarat, where the Assembly polls are scheduled on December 1 and 5.

On Thursday, Modi said he wants to see people across Gujarat earning money from excess electricity generated from solar rooftop systems instead of just getting it for free.

"You must have seen how the entire Modhera village (in Mehsana district) is now running on rooftop solar power. They are using electricity as per their need and sell excess power (to the government). I want to replicate this system across Gujarat," he said.

"Under this system, you can earn money by selling excess electricity generated from solar panels. Only Modi knows this art wherein people will be able to earn from electricity," said the PM.

He told the audience that a woman from Modhera is now planning to buy a refrigerator and an air-conditioner as electricity has become affordable after the installation of rooftop solar power.

"She told me that though her family was able to afford the appliances earlier, they refrained because they could not bear the running cost. Now, they can afford it because electricity is free. I am working to bring this revolution to the doorstep of each and every household in Gujarat," the PM said.

He reminded the people of Aravalli that there was a time when farmers of this district were killed in police firing under the Congress rule for demanding affordable electricity for agricultural use. The PM said now the farmers are themselves generating electricity through solar panels installed on unused corners of their farms.

"They can also sell excess electricity and earn money. The era of demanding affordable electricity has gone. Today, you can generate income by selling electricity," he said.