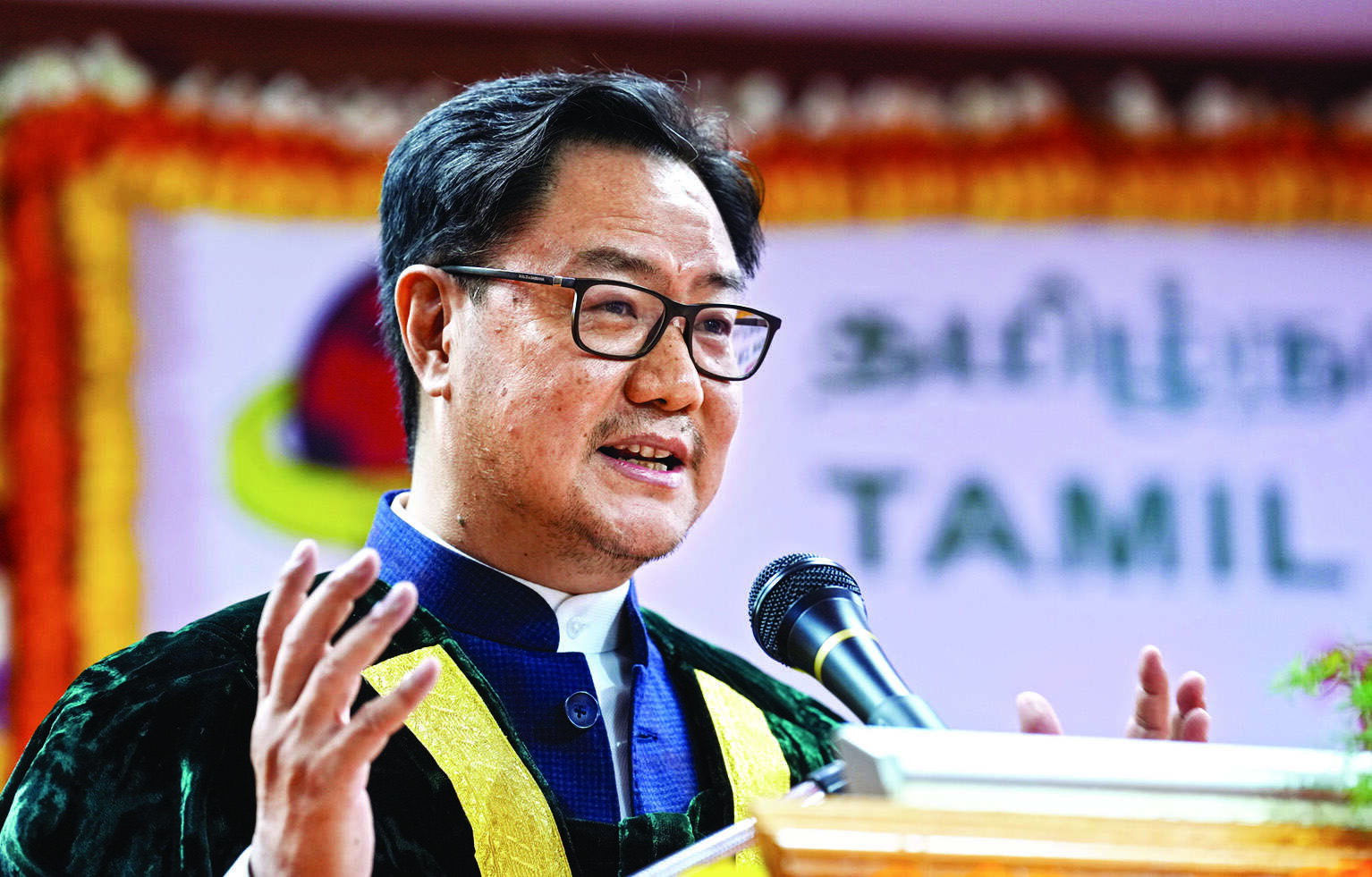 Chennai: Union Law and Justice Minister Kiren Rijiju on Friday batted for the use of regional languages in the curricular activities of the courts in the country and said he was opposed to "imposing" of one language.

Rijiju also said easy access to justice is the "call of the time".

In his address at the 12th convocation of the Tamil Nadu Dr Ambedkar Law University (TNDALU), he also praised the Tamil language.

"As you all know, our Prime Minister (Narendra Modi) has a commitment to take the country forward along with our culture and our language. I also have been emphasising on this -- that the Indian courts and the Indian legal system must have regional languages in the curricular activities."

"I have already spoken to the Chief Justice of India, senior judges of the Supreme Court and all the Chief Justices of the High Courts, that in the future we must give priority to the regional languages," he said.

Rijiju added "we all will be proud to see that Tamil language takes centre stage in the high court and all the district and subordinate courts," (in the future).

Listing out the various pro-people measures initiated by his ministry, Rijiju said that among others, it has identified oft-repeated words in legal documents and created a common code vocabulary by coining words from common roots which will be adaptable by all Indian languages.

Efforts are also being done to collect all the legal glossaries published in the regional languages, digitise them and make them available to the public.

"We have also created an online platform for crowdsourcing of coining of legal terminology for Indian languages. Bar Council of India is working closely with the ministry. Common people must be able to do whatever they want to do in their local language in the courts."

"Otherwise, I am opposed to imposing only one language for India. We must give priority to regional languages," he said.

"In the age of technology, translation is not an issue. Instant translation can happen when the judge is delivering the judgement and the plaintiff, complainant should understand the legal language," the minister added.

The Centre's digitisation efforts have resulted in courts across the country hearing 2.23 crore cases virtually since March 2020 till date and the the apex court "is the world leader in virtual hearings," Rijiju said.

Various efforts were on to ensure legal services for the common man for free, he added.

On the Centre's National Education Policy 2020, he said "it has a holistic vision of transforming the way the youth will be educated to make learning a part of personal development while also serving the needs of the society."

Tamil Nadu Governor R N Ravi, also the Chancellor of the varsity, and state Minister S Regupathy among others participated.

In his address, Ravi said the country has made rapid strides in various sectors, including renewable energy in the last eight years and stated India was no more being treated as a "third world country".

A total of 5,176 students graduated on Friday.