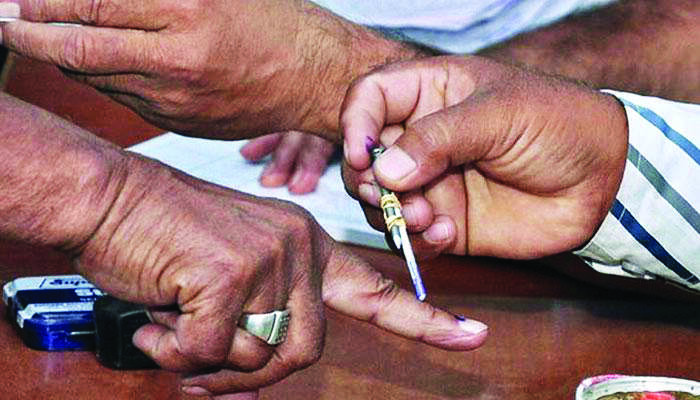 Kolkata: With an eye on the ensuing Assembly elections in Gujarat, the BJP now "promises a Bengal model" of development when it comes to social security schemes.

The ruling BJP in Gujarat has incorporated Bengal's Duare Ration-like social security scheme and many others in its election manifesto triggering questions on the integrity of the ruling party at the Centre as it plays 'negative politics' in Bengal.

Trinamool Congress (TMC) leaders have called the move of the BJP in Gujarat a "double standard" as it opposes similar development schemes in Bengal and tries to stall those, indulging in "ugly politics".

The recently-published manifesto of Gujarat BJP has been chalked out in a very similar manner as the way development projects are run in Bengal, said a TMC leader.

"Prime Minister Narendra Modi and Union Home Minister Amit Shah may face a difficult battle on their own turf this time. Two top leaders of the BJP have been campaigning in Gujarat to gain the support base that had eroded in the past years due to various wrongdoings of the BJP. With the election around the corner, the Gujarat BJP is now forced to copy social security schemes of the Bengal government," a senior Trinamool Congress leader alleged.

The first phase of the Gujarat election is going to start on December 1. JP Nadda, the party's national president, on Saturday released BJP's election manifesto.

BJP has felt the need of providing rations at the doorsteps of the 56 tribal-dominated areas of Gujarat. These people were neglected for many decades as they did not get proper food. The BJP is therefore keen on introducing a mobile ration scheme which sounds similar to the 'Duare Ration' scheme, a brainchild of the Bengal Chief Minister Mamata Banerjee.

It may be mentioned here that the Bengal government has been implementing the 'Sufal Bangla' initiative. To help the farmers in the far-away districts, mobile vans have been arranged to impart knowledge and special training to the farmers to increase their production. These mobile vans are equipped with various instruments to examine the nature and condition of the land. To increase the production of various crops, the farmers in Bengal are provided special training by experts who travel to interior villages of the districts.

The Bengal government has been implementing a host of social security schemes in the backward class and tribal-dominated belts. People are getting rice, wheat, pulses at free of cost under the 'Khadya Sathi' scheme which is again a brainchild of Chief Minister Mamata Banerjee.

For the tribals in Gujarat, the BJP in its manifesto promised to enable mobile delivery of ration across all the 56 Tribal Sub-Plan Talukas in the state and ensured Rs 1 lakh crore under the Vanbandhu Kalyan Yojana 2.0 for the all-round socio-economic development of tribals.

BJP manifesto also promises that if they come to power for yet another term they will start free education for girl students from primary up to graduation which the Bengal government had started a decade ago.