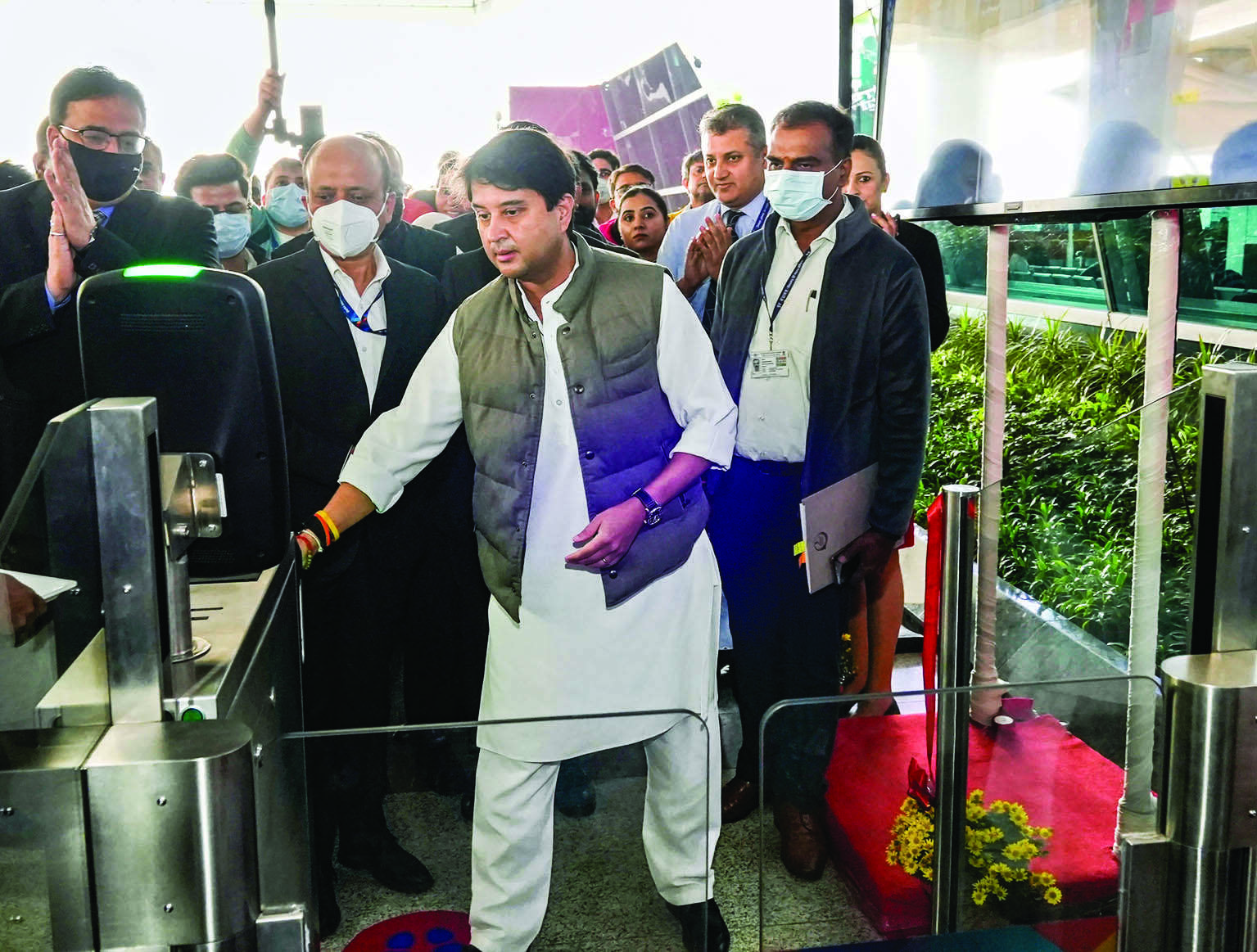 New Delhi: The government on Thursday launched DigiYatra which will provide a seamless entry and embarkation process for air passengers at the airports in the national capital, Bangalore and Varanasi.

After launching DigiYatra, which is based on facial recognition technology, at the airport in Delhi, Civil Aviation minister Jyotiraditya Scindia said data shared by the passengers will be stored in an encrypted format and in a decentralised manner.

DigiYatra will be launched at four more airports — Hyderabad, Pune, Vijayawada and Kolkata — by March next year.

Later, DigiYatra will be rapidly rolled out across all other airports, Scindia said at a briefing here.

The airlines that operate in these three airports — Delhi, Bangalore and Varanasi — are fundamentally onboard, he said with respect to DigiYatra. It will be available for passengers taking domestic flights.

At present, Air India, Vistara and IndiGo are part of DigiYatra. A SpiceJet official said the airline will join the DigiYatra initiative soon. "We are working on the implementation of DigiYatra," a Go First spokesperson said. There was no immediate comment from Akasa Air.

DigiYatra app is available on Android and ioS platforms. Currently, at the Delhi airport, DigiYatra will be available for passengers taking domestic flights from Terminal 3 (T3).

Amid concerns in certain quarters about data theft and privacy issues, Scindia said the data shared for DigiYatra will be stored in an encrypted format in a decentralised manner.

The secured, encrypted information on a passenger's phone can be provided to the airport from which he or she is flying out, 24 hours before the journey.

"We have moved to a decentralised system and your data is going to be in an encrypted format and it is going to be residing only in your (passenger) mobile phone... 24 hours after your travel, that data is mandatorily going to be purged from the servers at that airport. The data you upload gets completely wiped out in 24 hours even though it is protected by blockchain technology," the minister said.

For availing the service, a passenger has to register their details on DigiYatra app using Aadhaar-based validation and a self-image capture. In the next step, the boarding pass has to be scanned and the credentials are shared with the airport.

The passenger will have to follow the normal procedure to clear the security and board the aircraft.

Talking about the benefits of facial recognition technology being used at airports, the minister said it is helping save time for passengers at various international airports, including at Dubai, Singapore, Atlanta, Narita (Japan). At Atlanta airport, the time taken is around "9 minutes per aircraft boarding", he added.

Scindia said DigiYatra provides a seamless process from the entry point until the embarkation point on planes, and no identification or boarding pass has to be shown by the passengers.

While noting that DigiYatra is being adopted on a piece meal basis in the country, he said the Indian system is a tad more efficient than other systems across the world.

"We are also working with IATA to ensure that new advancements are adopted at a very very early stage in India," the minister said.

The International Air Transport Association (IATA) is a global grouping of airlines.

In a statement, IndiGo said it was an honour to be the first airline to inaugurate DigiYatra in Varanasi.

"Owing to implementation of DigiYatra, cut-down the time spent by passengers at the entry gate to about one-fourth, in-turn reducing congestion at the airports. We are committed to providing a hassle-free experience to our customers and continuously look for opportunities to enhance our service," it said.

Digi Yatra Foundation, a not-for-profit company, is the nodal body for DigiYatra.