'Cong ignored Himachal as it is a small state, made false promises' 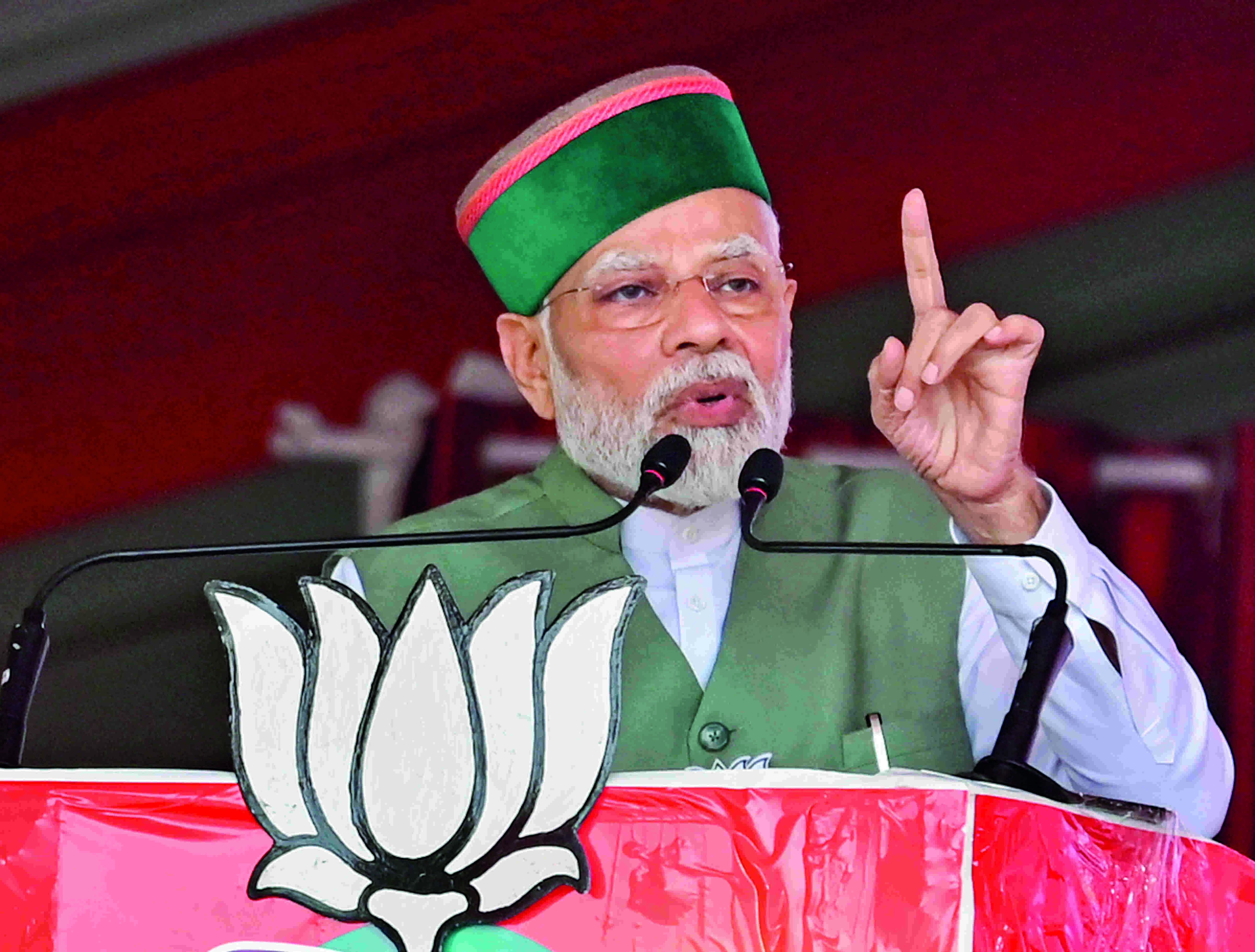 Sundernagar: Prime Minister Narendra Modi on Saturday accused the Congress of neglecting Himachal Pradesh as it was a small state that sends only four MPs to Lok Sabha and playing with many lives by indulging in corruption in defence deals.

Speaking at an election rally here, Modi urged the people to start a new tradition by voting back the BJP into power to ensure stability and progress. He stressed that every single vote cast on November 12 will define the development journey of the hill state for the next 25 years.

With the state having the precedent of the incumbent being voted out, Modi said whenever Congress came back, all development works came to a standstill.

Changing medicines frequently neither helps in curing the ailment nor benefits anyone, he said, while seeking another term for the ruling BJP.

"If you want to seek accountability and answers from the government, you should give it a chance again. Together, we will take Himachal forward, start new 'riwaaz' (custom), and bring BJP back to power."

Making false promises and giving false guarantees has been the Congress' old trick, he alleged, adding that it never even opened its manifesto while the BJP is known for toiling day and night to fulfil what it says and referred to the abrogation of Article 370 from Jammu and Kashmir and building Ram Temple at Ayodhya. "Did we not fulfill the promise of abrogation of 370? We had promised Ram Temple. Today, Ram Mandir is being built," he said.

After Independence, Congress committed the country's first scam in the defence sector, Prime Minister Modi alleged. During its regime, Congress always took commissions in defence deals. It committed scams of thousands of crores, he alleged at the poll rally in Sundernagar in Mandi district which is the home district of Chief Minister Jairam Thakur, who also addressed the gathering.

"Being a small state Congress did not consider it of significance politically with just 3 to 4 LS MPs. Because of their mindset, Congress never gave priority to Himachal's development and the state fell behind," he said.

"The Himachal polls this time are special because the votes which will be cast on November 12 are not just for the coming five years. Every single vote which will be cast on November 12 will define the development journey of HP for the next 25 years," Modi said. He accused the Congress of not fulfilling even a single promise they had made in the election manifesto made in 2012 and not implementing the 'One-Rank One-Pension' scheme.

For 40 years, the Congress promised 'One-Rank One-Pension' to Army men, he said. "Despite remaining at the Centre for several years, the Congress never implemented it. Only for show, they just allocated Rs 100-200-300 crore in the budget. Hoodwinking people, making false promises, winning elections and then forgetting the same, this is their character," he said.

For Congress, forming a government and being in government has been like running "raj paath", said Modi. At the start of his speech, Modi struck a chord with the people, recalling the time he had spent in the state many years ago while working for his party organisation.

He then said it is necessary to have fast progress and a stable government in Himachal Pradesh. "I am happy that people of Himachal, its youth and mothers and sisters understand this very well," he said.

Therefore, in these polls, the people of Himachal Pradesh have decided to bring BJP to power again strongly, he said.

Earlier in his speech, Modi expressed condolences over the death of India's first voter Shyam Saran Negi, who breathed his last at the age of 106 at his residence in Himachal Pradesh's Kinnaur on Saturday morning, just days after casting his vote through the postal ballot in the upcoming polls.