TMC eyes clean sweep in both assembly and LS by-poll 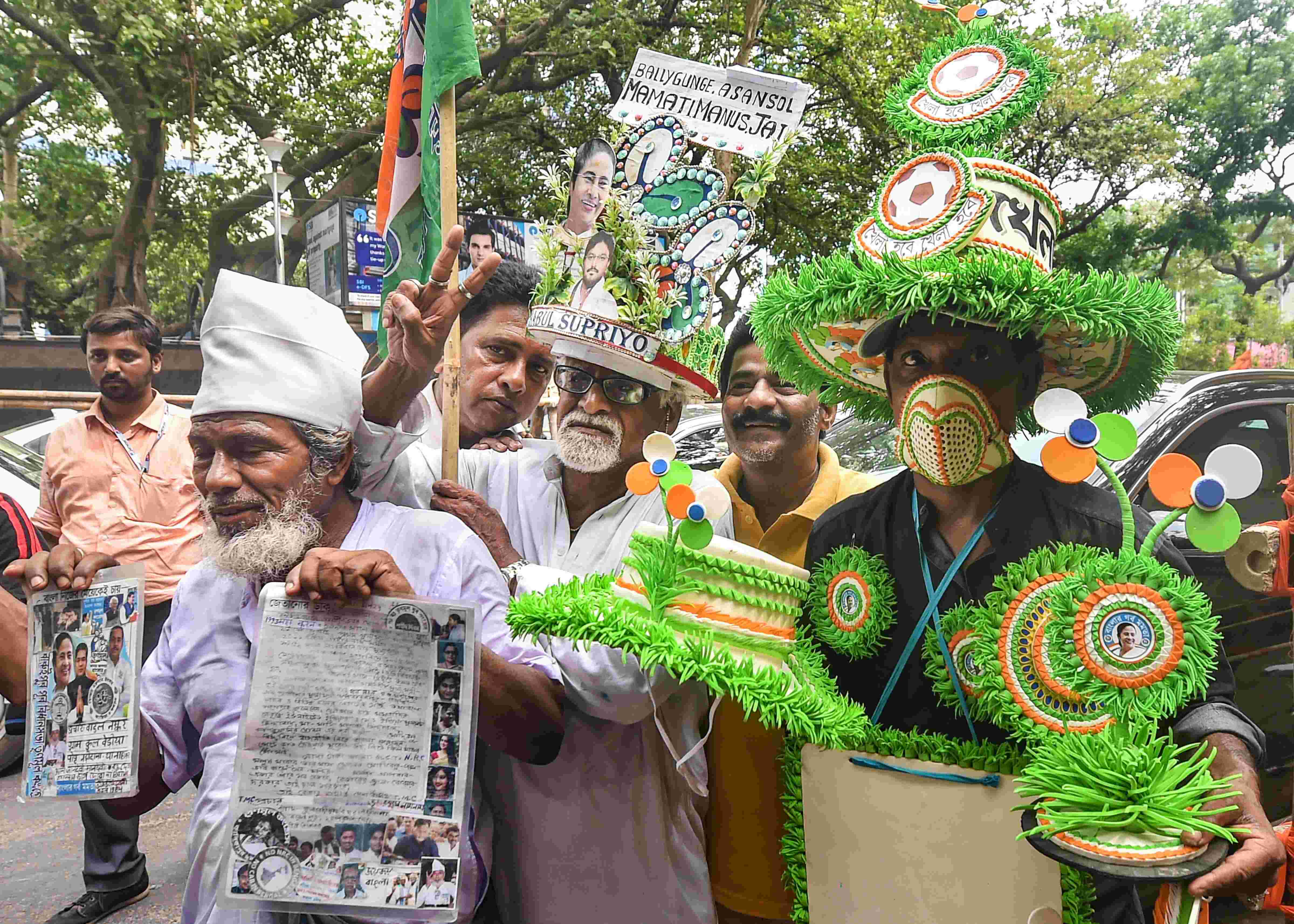 Kolkata: The Trinamool Congress is on way to a clean sweep as it demolished rivals in the Asansol Lok Sabha seat where movie actor-turned politician Shatrughan Sinha is leading by an unassailable margin of nearly 2.8 lakh votes, while its candidate Babul Supriyo is on way to win the prestigious Ballygunge constituency.

In Asansol former Union minister and popular veteran Bollywood star Shatrughan Sinha is leading by garnering a massive 6,26,511 votes against BJP's Agnimitra Paul's 3,44,573 votes as at 2.30 pm. BJP had won the seat in the 2019 Lok Sabha polls BY 1.97 lakh votes when Babul Supriyo who was then in BJP had bested TMC's Moon Moon Sen.

In Ballygunge, TMC candidate singer-turned politician Babul Supriyo is ahead of CPI (M) 's Saira Shah Halim, gathering some 44,951 votes against Halim's 29,565 votes. Interestingly CPI(M) has overtaken BJP's Keya Ghosh who has till now managed to get just 10,719 votes, thus lending some credence to the Communist party's claim that they are on a revival path.

The by-polls, which took place on April 12, were necessitated as Supriyo resigned as the MP of Asansol after switching over to the TMC from the BJP, while state minister Subrata Mukherjee, who represented Ballygunge, died last year.

West Bengal Chief Minister and TMC supremo Mamata Banerjee thanked voters from the Asansol Lok Sabha seat and Ballygunge Assembly Constituency for giving a decisive mandate to TMC candidates in both the seats, where by-polls were held.

"I sincerely thank the electors of the Asansol Parliamentary Constituency and the Ballygunge Assembly Constituency for giving decisive mandate to AITC party candidates," she tweeted.

"We consider this to be our people's warm Shubho Nababarsho gift to our Ma- Mati- Manush organization. Salute to the voters for reposing faith in us, yet again," she added.

TMC leader Firhad Hakim speaking in Kolkata, said rising unemployment and prices and the lack of any steps to control them by the BJP central leadership, were among causes for BJP's poor showing.

He also took a swipe at the BJP top leadership, which he described as "Nero fiddling while Rome burnt."

In Asansol, `Shotgun' Sinha said he was "grateful to Asansol's people and to Mamata Banerjee for this victory." Paul on the other hand said "accept people's verdict, can't say there was rigging ... we have to prepare for the 2024 pollstaking into account this election."

BJP state president Sukanta Majumdar said it is a general trend that the party in power in the state generally wins the by-elections.

"But I can assure you that we will win back Asansol in 2024. We would defeat TMC's reign of terror in the next Lok Sabha polls," he said.